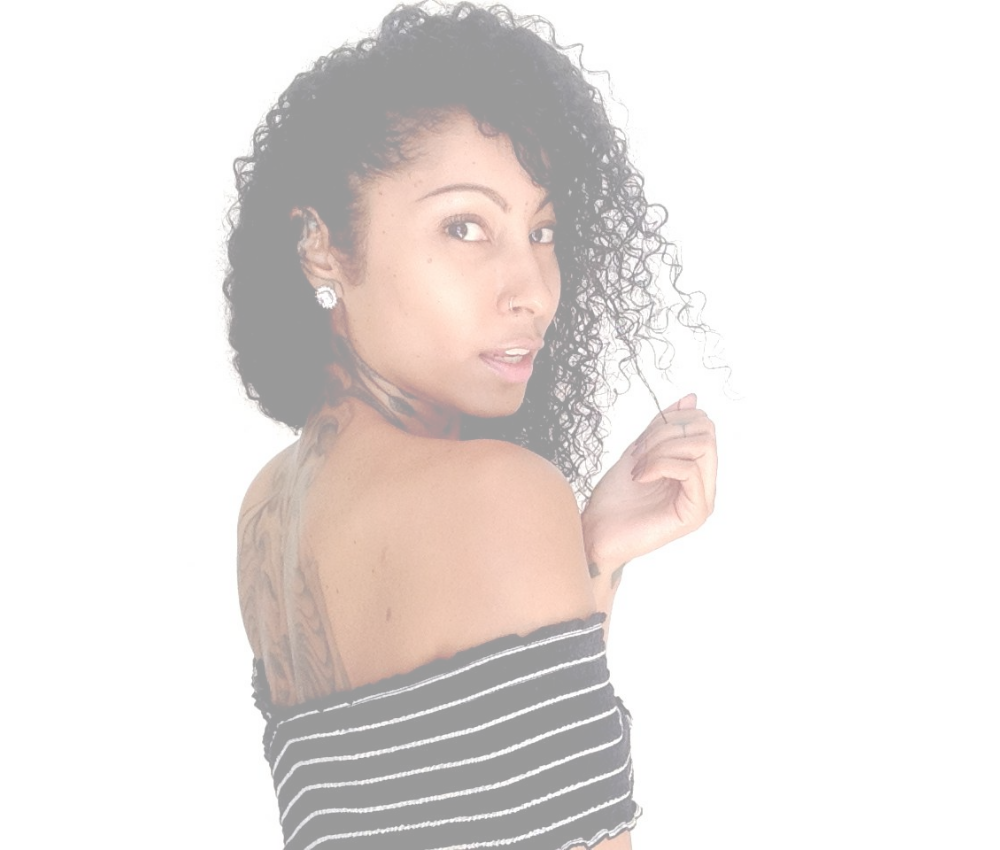 Tiffini Truth is a visual artist with a very diverse cultural background. Born in Toronto, Canada to an illegal immigrant single Mother, Tiffini was raised everywhere between the USA, NYC, Trinidad, and Canada while her Mother tried to obtain citizenship in Canada through marriage. This took the first 8 years of her life, which was spent constantly moving for her Mother to avoid deportation from Canada. After her Mother married she was raised on a Quarter Horse Ranch in Southern Alberta for her more formative years until age 18. It was while living in relative isolation in rural Southern Alberta where Tiffini began painting, drawing, playing music and writing while attending a Fine Arts High School in Okotoks, Alberta. She then decided to go immediately into the workforce after High School instead of attending Art School to avoid being in student debt. This led her into the Entertainment Industry at age 23 working with celebrities and brands around the world as a Model/Performance Artist.

Tiffini Truth embarked on her journey into the entertainment industry first by becoming an International Fetish/Fashion model in 2006. She was published in various publications. To list a few Inked, Urban Ink, Hot Rod, Playboy, Bizarre & Metal Hammer magazines. She also worked with independent Couture fashion designers between LA, Mexico, and NYC. After her modeling she transformed her artistic expression into abstract performance art combined with live vocals in 2010. Using metal strapped to her body and power tools to enact death-defying stunt work to Industrial music she composed and performed while touring internationally. This required Pyrotechnic training and circus training in Contortion while based in Vancouver for 2 years before she started touring. After several years of performing the threat of stunt work injuries became a reality by when she almost lost her middle finger on stage headlining a tour in Atlanta, Georgia to an angle grinder in 2012. She decided to transfer her artistic expression back into Abstract Visual Art.

After living in cities like Vancouver, Los Angeles, Las Vegas, and up and down the Baja California coastline Ms.Truth is now based in Calgary, Alberta. Her goal/vision is to bring a new culture to Calgary which is a combination of all the cultures she’s had the pleasure of experiencing in her own life’s travels which now impact her life’s work in Art. Tiffini’s art is a nuanced commentary on societal normative behaviors, beliefs, values, sexuality, and how to deconstruct mainstream thinking while paying homage to our roots in nature and our genetic code. Her work ultimately brings the darkness found throughout humanity to light and turns that focus into something more positive to ruminate on.

Her first formal solo abstract mixed media exhibition titled “What is a Woman…?” is now available for public view here. She also continues writing about sexuality/art/culture for various online in the Blog section of this website.

A Youtube Docuseries that will focus on each work of art in the “What is a Woman..?” exhibition with a total of 20 pieces is in production. This series is set to be released in early 2023.