The Not So Literal Matrix

It’s cold this winter in Tijuana. Colder than I’ve ever experienced since leaving Canada 3 years ago! Okay, not as cold as Canada but unseasonably cold for West Coast Baja California weather. Which is why I’m taking the opportunity this week to channel my inner Matrix but not quite so literally. 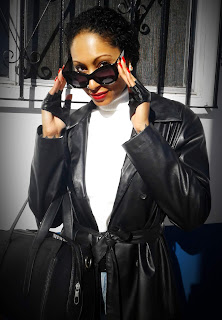 If by some grand mistake you have made in your life you do not know about The Matrix. Here is some back story. It’s one of the greatest Sci-Fi meets industrial (meets modern goth) movies of all time. It also spawned a whole new age for CGI in entertainment. The Matrix was released in 1999 and ended the 90s on a good note. It’s all about how computers take over the world and turn humanity into their blood bags to harvest for their energy to run the machines. In other worlds. Pretty much what’s happening all around us as you get more and more jacked into your smart phone. You may as well be Neo in his incubator.

*You when you wake up to your phone in the morning
I wanted to focus specifically on the trench coat for today’s look. Which was actually a very controversial look at that time. Not so much due to the movie but due to the Columbine school shooting. It was one of the first big school shootings of it’s time. It really started this whole new phenomena in America. They tried to blame what those teenage boys by shooting up their school on everyone from  Marilyn Manson to The Matrix of all things. Saying they got their ideas from entertainment. So wearing trench coats after April of 1999 until the mid 2000’s was somehow associated with goth culture and that at the time was actually being deemed as dangerous. I was and have always been a goth and from personal experience my parents at the time where watching me like a hawk due to what they would see on Dateline and how the media at the time was trying to link the school shootings and gothic culture together. If this sounds ridiculous it’s because it is. If you don’t believe me here’s an article written for ABC (which was one of the biggest networks spreading propaganda in the 90s.) from 2003 still blaming The Matrix for inciting violence. WTF? 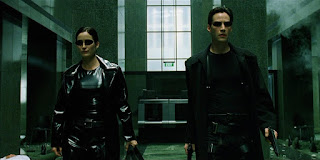 So how can I show the lighter side of The Matrix?  Make it more day and less dark. Adding a touch of femininity to a sea of black, black and more black. Nothing wrong with black ( I fucking LOVE black) yet I wanted to do more than just look like I stepped out of the Matrix. 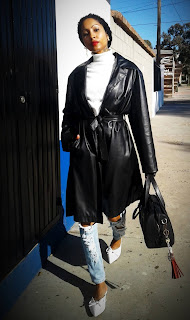 Layering is your friend. Especially in winter. I used the trench coat to frame my more classic day look. Went with some ripped stone wash skinny jeans, white turtle neck sweater, black tote and bottoming out my look with these white half flats. 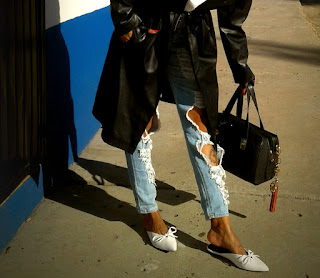 My entire look this week was found right here in Tijuana at street shops. Except for my shoes which I got on sale for $5 in San Diego and half gloves found online.
Style Breakdown
Trench coat – $5
Turtle Neck Sweater – $3
Skinny Jeans by GJG Denim – $7
Half Flats by Agaci – $5
Half Gloves by Aliexpress – $2
Tote bag – $3
Shades – $5
Total Looks Cost: $30
Until next week you can check out my links below. I have a weekly Podcast “People Suck“ which goes live every Wednesday. “This Week In Metal” is my Youtube series which also goes live every Thursday. You can also be a contributor to my next Blog here on My Patreon Page & on Twitch. See you next Friday for more Metal Mouth Style.
Official Site
People Suck Podcast
Subscribe to My This Week In Metal Series